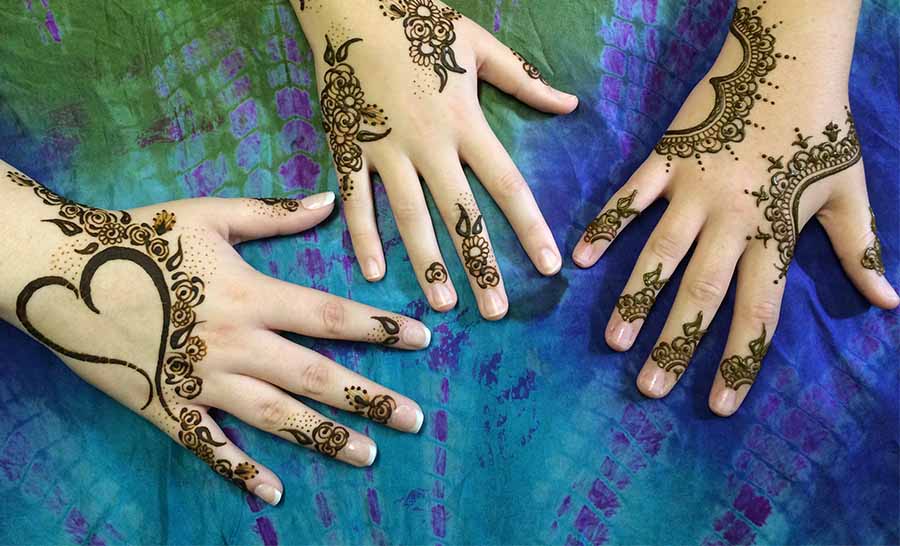 Children, sometimes. Infants, never! There are a couple of disorders that can make henna dangerous for babies, children, and adults: Hyperbilirubinemia and G6PD. In cultures where is is done often, children are generally tested for these disorders, but here in the USA, we are not.

In an infant, henna can cause bilirubin to be released. If that child has hyperbilirubinemia, their little livers cannot process this and the results can be devastating. Healthy children are no longer susceptible to this by 3 years old, when their livers have matured to a higher degree.

If a baby was jaundiced at any time, do not henna them.

G6PD (glucose-6-phosphate dehydrogenase) deficiency is a disorder than causes anemia. People, both adults and children that have G6PD deficiency  should not use henna. The lawsone in the henna will strongly oxidize G6PD deficient blood cells and can cause a haemolytic crisis in both children and adults. People with G6PD should also avoid fava beans, mothballs, some food colorings, and aspirin along with a list of other items.

Babies and children do no have fully developed immune systems or organs. Their skin is very fragile and a direct conduit to the blood. In addition to henna, essential oils are hard-core and should NOT be used on infants. If you elect to do henna on children, use a mild oil such as lavender.

This is a free henna help site for DIY mehndi. Learn everything you need to know about mixing henna, the science of henna, the history of henna, and so much more!

Like this free help site? Support us by purchasing quality henna supplies at our online shop.